“The Marsh Tacky is “more than a horse. It represents a connection to the land and culture for South Carolinians and a way of living, surviving, and adapting to conditions that ultimately became home.”
Caroline Maffry / Equitrekking

The Marsh Tacky is a unique strain/breed of Colonial Spanish Horse found only in South Carolina and is one of the most endangered horse breeds in the world. They once roamed freely by the hundreds through the South Carolina Sea Islands and Lowcountry but their numbers neared extinction as tractors, trucks, and development took the place of horsepower. Today, there are just over 400 Marsh Tackies left. In 2007, the Carolina Marsh Tacky Association was formed to preserve the breed and share its history. Horse owners and enthusiasts are diligently working to save the breed from extinction.  DNA tests have been performed on the remaining horses and a breed registry has been developed by the Livestock Conservancy.  In honor of its long history in the state, the Marsh Tacky was named the South Carolina State Heritage Horse in 2010.  See Video

The presence of Spanish Colonial horses in America dates back to the 1500s when Spanish explorers brought them to our shores. The Spanish colonies failed but their horses braved the harsh conditions and lived on. They lived by their wits and survived on marsh grass and forage. Other Spanish horses made their way to South Carolina through trade routes. In the 1600s English explorers saw Cherokee and Chickasaw Indians riding fine, Spanish horses.

Feral Marsh Tackies sought refuge in Lowcountry marshes and were captured and domesticated by Native Americans, European settlers, and African slaves. They became the common horse of the area due to their gentle disposition and tough constitution. For centuries, Marsh Tackies were owned by rich and poor alike and were used for everything from carrying children to school, and delivering the mail, to hunting, herding cattle, and plowing fields.   Most Gullah families had one or two Marsh Tackies in their yards or tied outside their homes.

Wall Street magnate and presidential adviser Bernard Baruch of Hobcaw Barony in Georgetown, SC hunted from Marsh Tackies. Baruch owned thoroughbreds that he raced at Saratoga, but Marsh Tackies were his favorite gun horses. In 1947, author Havilah Babcock, was so impressed by Baruch’s hunting horses that he wrote, “The finest hunting mounts I’ve ever ridden were the Tacky ponies owned by Mr. Bernard Baruch of Hobcaw Barony.”

During the 1960s and 1970s, and most likely before that time, Marsh Tackies were raced on the beaches of Hilton Head Island. This tradition has recently been revived by the Carolina Marsh Tacky Association.

Marsh Tackies range in size from 13.2 to 15 hands and weigh from 700-900 pounds. They have long manes and tails and display most solid colors. Some exhibit primitive markings such as dorsal stripes, and zebra leg striping. In a study conducted by Mississippi State University, it was found that Marsh Tackies have a unique gait that was recently named the Swamp Fox Trot. Marsh Tackies are level-headed, easy keepers that are excellent for farm work, endurance competitions, trail riding, or hunting.

Several Marsh Tackies are currently used for revolutionary war and civil war reenactments. A Marsh Tacky named Molly, appeared in the etv film Chasing the Swamp Fox. Molly has been further recognized by being named an honorary member of three South Carolina Daughters of the Revolution chapters.

Marsh Tackies don’t flee when the unexpected happens and adapt easily to new situations. As rider, Wylie Bell stated in a recent edition of South Carolina Wildlife Magazine, “They don’t panic when they get wrapped up in briars or when they are mired in a bog up to their chest. Like little bulldozers, they push through whatever you ask them to.” “The Marsh Tacky is made to handle riding in the woods and swamps. They’re smaller and more agile, their hide is thicker, and they have good, solid hooves. Marsh Tackies are not big horses, but they ride big. They have huge hearts and sharp minds, and for people who own them, they’ll be that horse of a lifetime.” 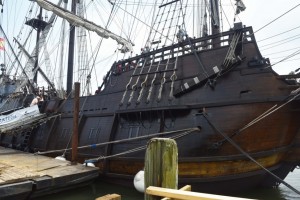 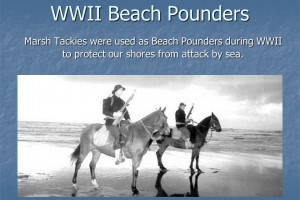 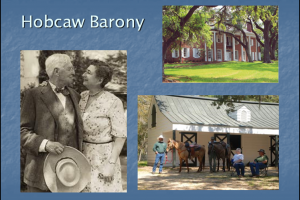 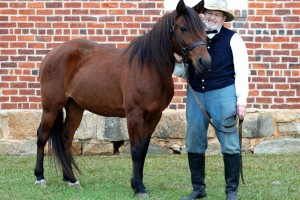 Marsh Tackies were found to have a gait unlike other horses.
The Carolina Marsh Tacky Association was given the rare opportunity to name the gait.
Several suggestions were considered but the winning name was the Swamp Fox Trot.